This years summer escape was Corfu in the Greek Ionian islands. These islands lie off Greece’s western coast and the North of the Island is closer to Albania than mainland Greece.  9 years ago we took a few months touring the Cyclades with our one year old daughter, a buggy and two backpacks but this trip was more about R&R (rest and relaxation) and sun, lashings of glorious sun. Turquoise water was the request from my 10 year old and a inflatable unicorn so at least someone was easily pleased. I just wanted to escape easily from Aberdeen Airport on a direct flight, getting lazy in my old age.

It was hot at about 34° but the sea breezes kept it manageable and lashings of factor 30 made sure no one was sporting the lobster look. However it did feel warm for sightseeing so this time those days were limited and anyway this was not about cramming in loads of stuff to do.

This year we didn’t hire a car but opted to get a taxi from the airport to Sidari (about 45km) and it took about 50 minutes through the mountains to the northernly part of the island.  The rest of the time we used the public bus system Green Buses

The buses were great, air conditioned coaches and helpful conductors on each route to make sure you knew where you were going and what time the return buses left.  The roads in Corfu are narrow and loads of rental cars would add to the congestion so I felt happy to use the transport links provided.

Its approximately 1.15mins from Sidari by bus but only 3.70 euro.  Travelling with children can be taxing, especially if they want to stay at the pool, (so always pack swimmers) and walking round an Unesco world heritage site in 32° is boring apparently so we decided to visit the Old fortress of Corfu.  The creation of this fortress was started during Byzantine times and later the Venetian occupation used it to defend against turkish invaders. 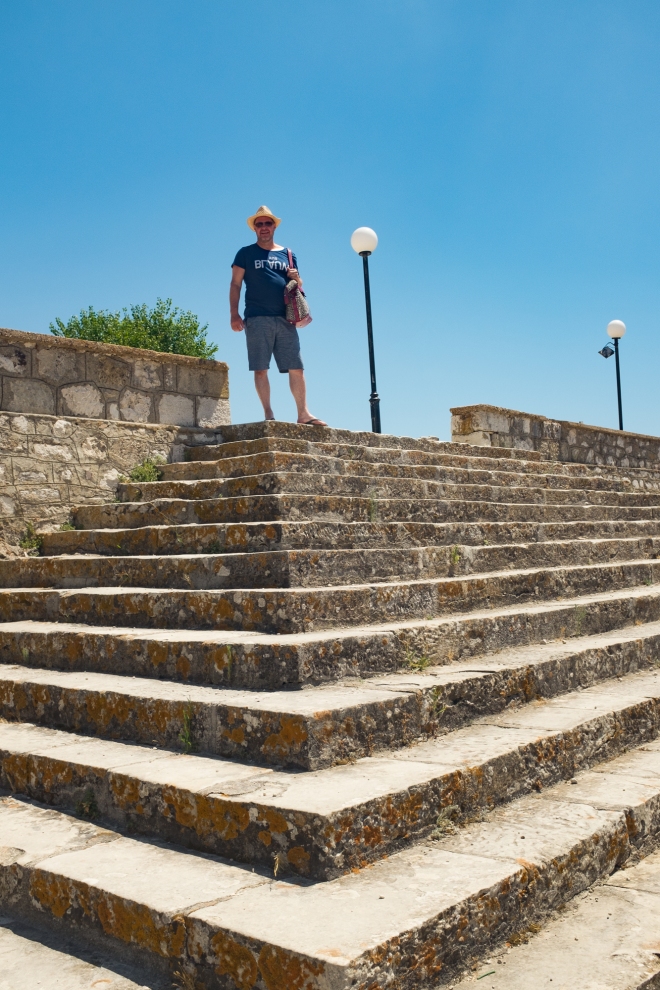 At the East side, inside the Fortress next to the Corfu Town Sailing Club you will find a small pebbly beach used mainly by locals cooling off,  facing the beautiful Vidos Island. The lure of the turquoise was hypnotic to the daughter and she had peeled off clothes in a flash and was gone 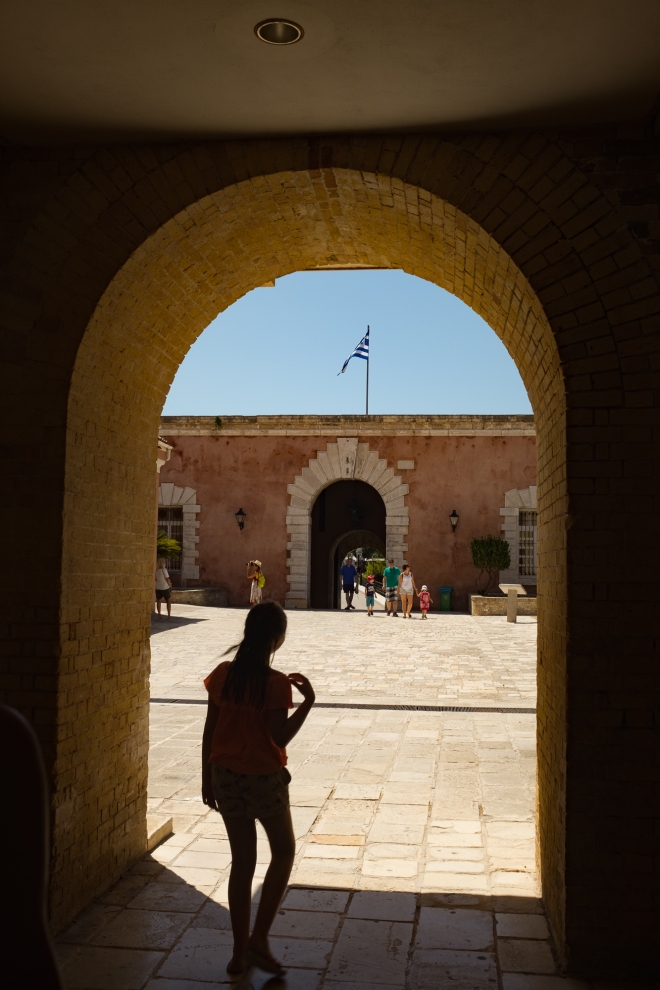 Feeling refreshed and we were off

Agia Triada is the first beach that you find when you get in Paleokastritsa. You can hire a boat to see the coves and caves and stunning scenery, well worth it. After find a spot in the very crowded beach and chill out, do a bit of snorkelling (if you can brave the icy water) It was pretty cold but I assume it was because it was so clear. Spot of lunch and soaking up the rays

Photographer fail, My camera battery died on the boat trip and my husband in the boat in front had the spare in his bag. Oh well, I was on holiday suppose!

Nausica Cave, named after the daughter of the King of the Phaeacians. 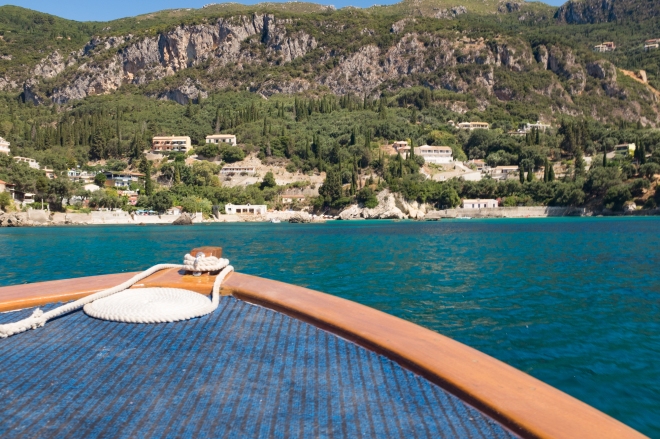 La Grotta Beach Bar, Paleokastritsa was one of the filming locations the James Bond film For Your eyes Only 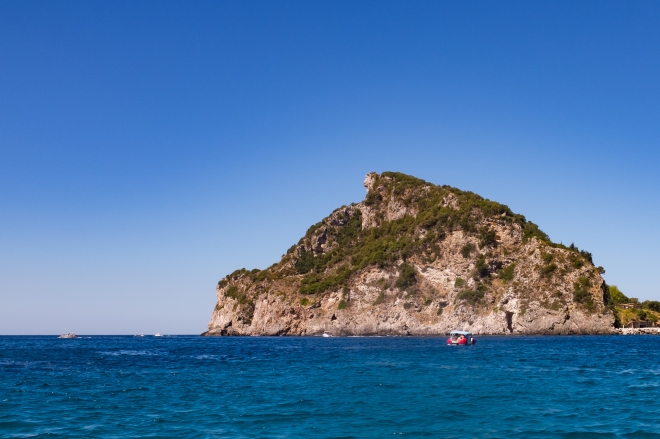 Monkey rock or (The Lion head) so called because the profile at the top of hill has a bit sticking out which looks like the face of an ape. Definitely an ape not a lion 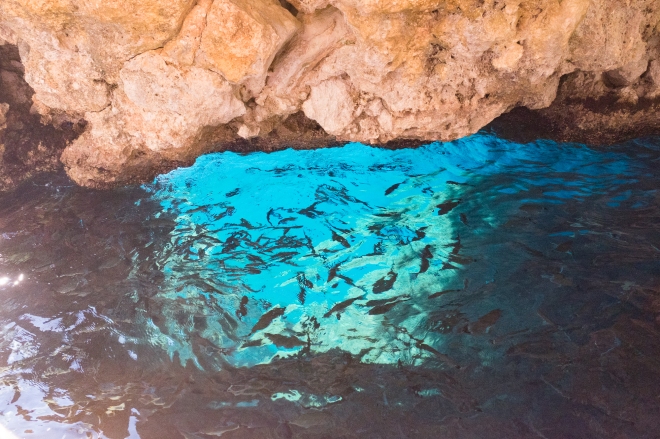 Another cave is called Blue Eye due to a patch of incredibly blue water which resembles an eye.

Canal d’ Amour is one of the reasons we chose Sidari as a base, away from the madding party crowds of Kavos in the south. These stunning rock formations and secluded beaches were on my to see list

The rocks run in different shades of yellow and bolster lots of greenery at the top. One can reach these stunning coves through several paths and steps. According to the local customs, couples who swim through the narrow canal will get married soon. Too late!

The D’mour beach bar was stunning and did a mean Aperol spritz after a day on the sand.

Look at that happy face! More turquoise hues and fish…loads of them.  Next stop Kassiopi which is a charming fishing town situated on a small peninsula on the north-east corner of the island of Corfu. Kanoni beach, one of the most impressive beaches of the island I’ve visited. I loved its rocky formation and wild beauty and although its the height of the season it was still uncrowded.  Relax on a sun lounger or smooth rocks and enjoy the unparalleled beautiful view of Albania or diving in the refreshing clear waters of the sea, or in my case take a few pictures and then spend the rest of time trying in vain to catch a fish with a pink bandy net 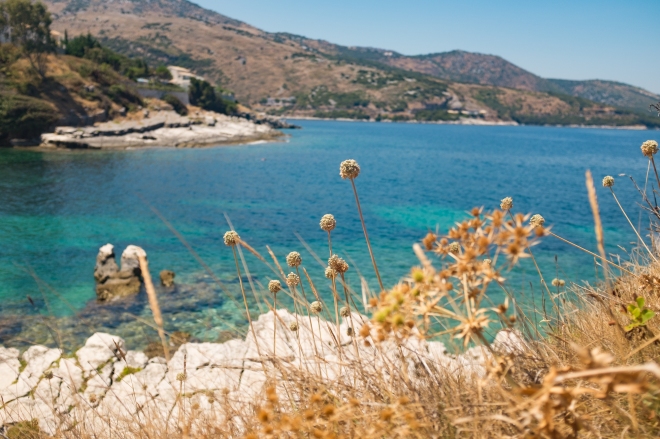 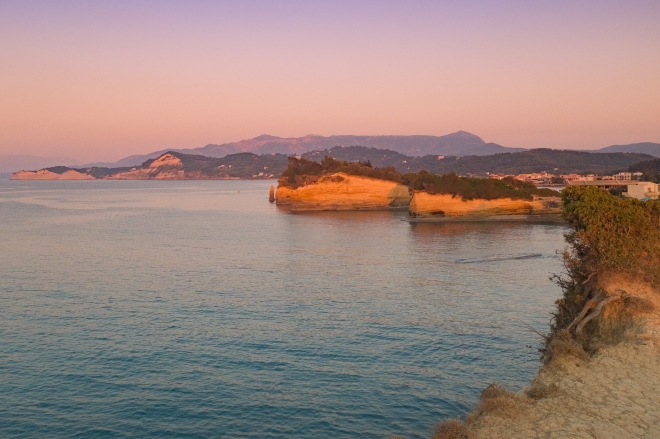 Peroulades beach which is also known as Logas Sunset Beach is a must if visiting this part of the island.  Our reason for visiting was food.  We booked to eat at the Panorama Restaurant and 7th Heaven Cafe, booking is not really my thing but has to be done if you want to see a spectacular sunset whilst slurping your mussels 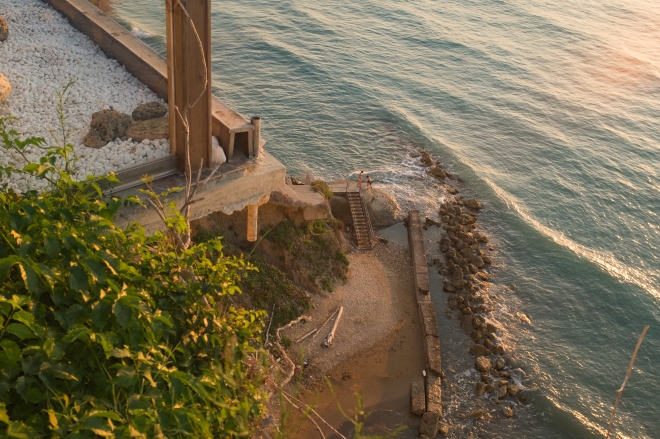 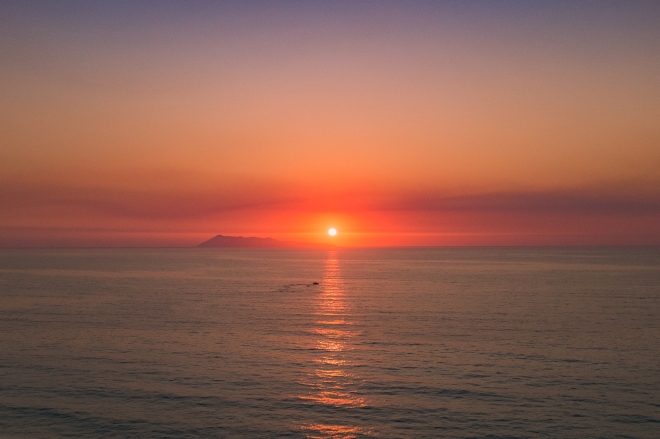 Our rule of thumb is never to return to the same place again but Corfu stole a little piece of me and you never know, we might just return to see some more or have a cheeky Mojito at the Vintage, some of the best cocktails I have ever had  Vintage Cocktail Bar 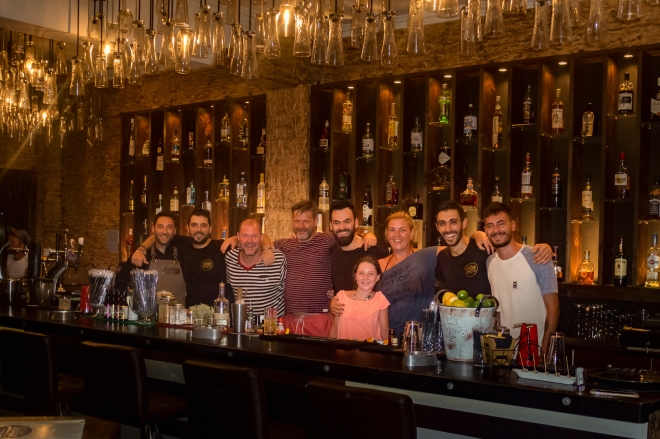