I love Budapest for lots of reasons – its a romantic city (whats not to love about standing on a beautiful bridge looking over the city) architecture (especially art nouveau and modernist concrete metro stations), rickety trams, and long leisurely soaks in one of the municipal baths. This trip was spent investigating how many weird and wonderful transport modes you can take to meander round without wearing out the soles of your trainers! And food, a trip always involves food and plenty of it.

Some of the trip highlights for me were seeking out the Gyermekvasút (children’s railway.) It is an extracurricular educational institution from Soviet times operated by children between the ages of 10 and 14. Many children’s railways are still functioning in post-Soviet states and Eastern European countries like here. Children conduct many of the jobs like ticketing and boarding

We also ventured to the Buda hills. The ‘Libegő‘ is one of Budapest’s unique experiences. It is a two-way chairlift system that transports passengers between Zugliget and the lookout tower on János Hill (the highest peak in the city), providing beautiful panorama along the way. Quite a scary experience as you have to trust these things have been maintained well

On route to the top of Castle hill we took the The Funicular Railway which is a 19th century cable car on the side of the Buda castle Hill, which will take you from the Chain Bridge up to the top next the Royal Palace and the Hungarian Presidential Palace in the Buda Castle District. Fishermen’s Bastion is one of the most fascinating sights up there Fishermen’s Bastion built in the 1890s was used for defence but now  it’s purely decorative. 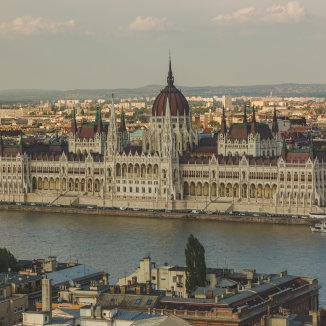 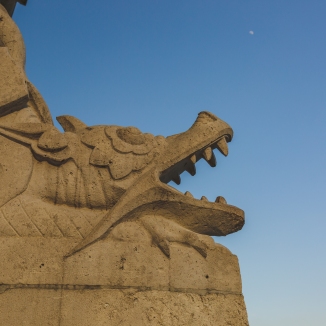 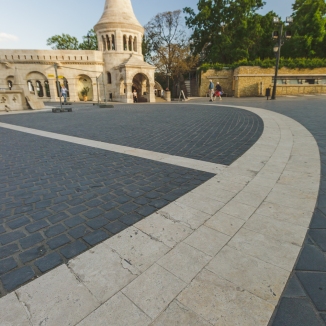 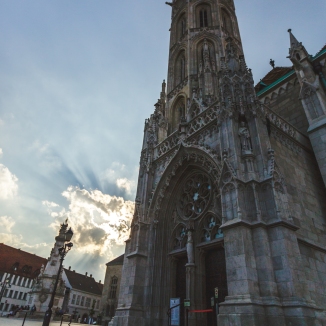 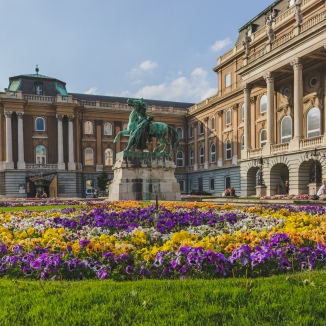 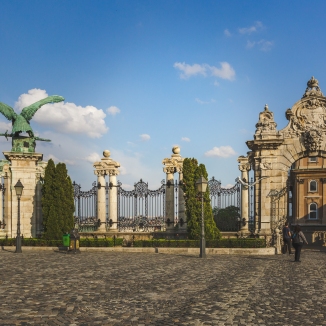 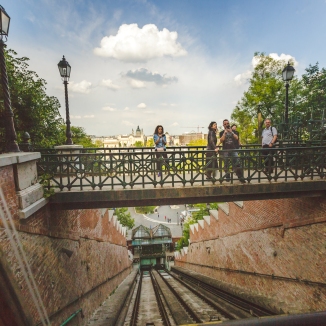 Food and drink tips, quite spoiled for choice.  Head in the direction of  Karaván – a street food court.  Leves (soup) is the classic street food place. Tasty cups of soup perfect for lunch on the run,  freshly made on the premises and delicious.   Hummus bar  was pretty tasty too. What can I say, Husband is a carnivore and everyday we passed this place and had to give it a go Hot stone steak house but the most memorable place was Baraka a fine dining foodie destination for food with a fusion touch. Coffee and a cake has to be done at the The new York cafe At the turn of the 20th century the New York Café (New York Kávéház) was the most beautiful and the most beloved coffee house in Budapest. It fell into disrepair after WW11 and was restored to its full glory again in 2006, great cakes!

To wet the palate  you must experience a famous ruin bar Szimpla Kert.  It’s a run down building filled with all manner of brick a brac and stuff, lots of stuff, random stuff, fairy lights, typewriters, old cars, if you look hard enough you could probably find anything.  Open air cinema and live music are also on offer 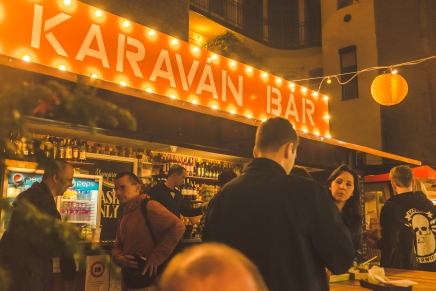 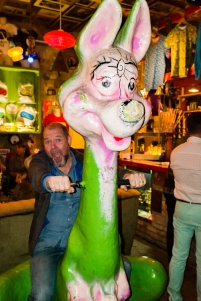 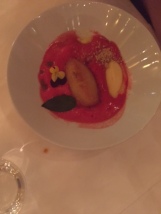 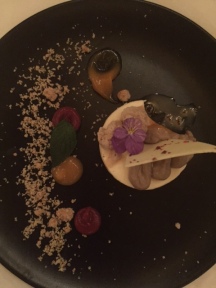 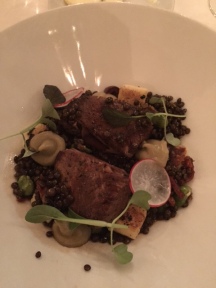 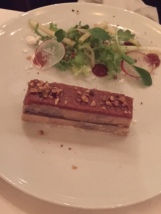 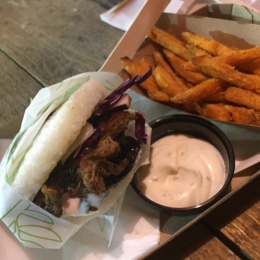 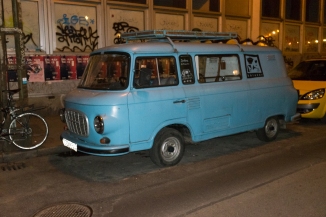 I have decided that Budapest wouldn’t be so magical without a good smattering of coloured fairy lights at night or a good pallet sofa.  It has a really good laid back vibrant scene at night and I must have got carried away as ended up dancing the night away at Otkert

The Danube next stop, all aboard a river cruise. Along the Danube by the cathedral is a sculpture called Shoes on the Danube Promenade.  Installed along the bank there are 60 pairs of 1940s-style shoes made of Iron to represent the 20,000 jews shot along the river during WW11.  Haunting! 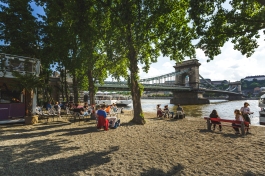 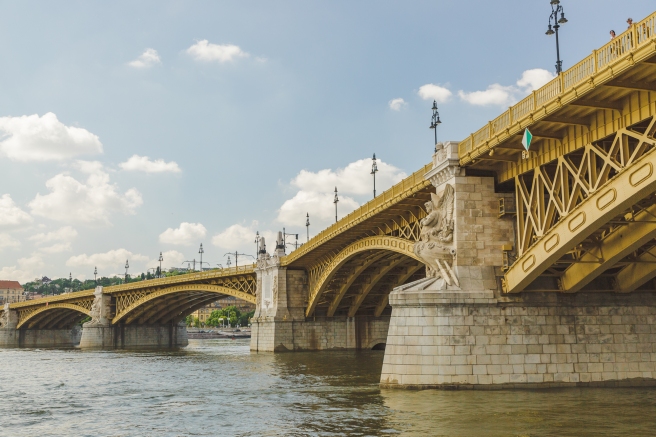 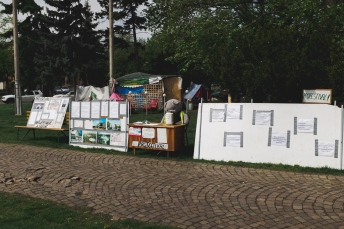 Next to City Park, right of Heroes’ Square and behind the Palace of Art (Műcsarnok) is the Time wheel  designed to mark time, the public installation was built in 2004 to celebrate Hungary’s inclusion into the European Union. On 31st December each year, it takes 4 people 45 minutes to  rotate the Timewheel 180 degrees on rails,  to reset the chronological clock for another year. 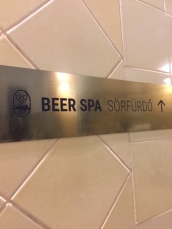 Szechenyi Spa Baths in Budapest is one of Europes largest baths and oldest (built in 1913) with a whopping 15 indoor baths and 3 grand outdoor pools. Full day nearly spent here, for medicinal reasons (relieving aching legs and feet) Be aware pay at the cabin inside and avoid being fast tracked and sold a private package at the entrance, otherwise worth every huf  (Hungarian currency) If you like to party they do party nights which looked fun I have to say. 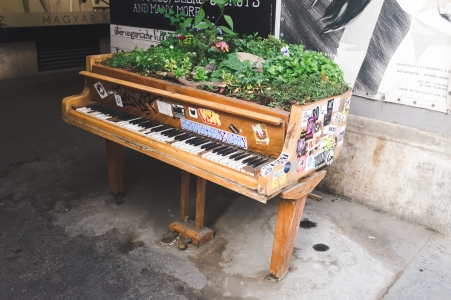 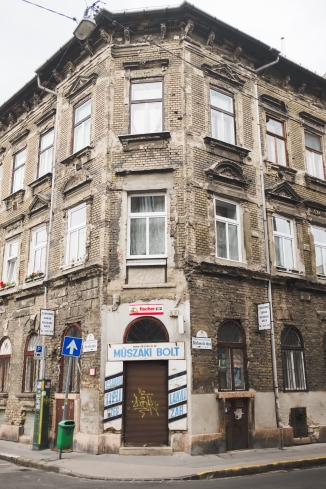 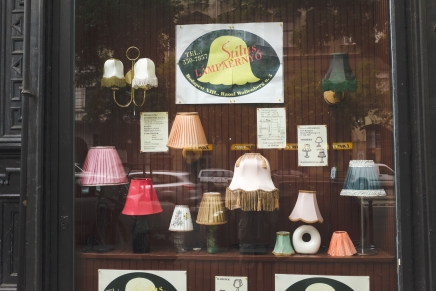 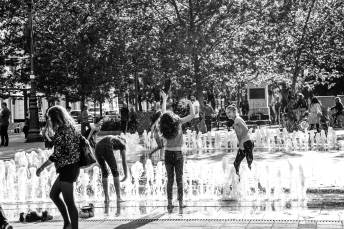 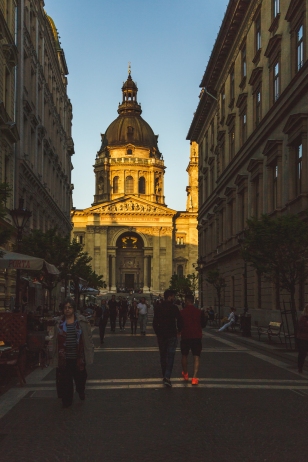 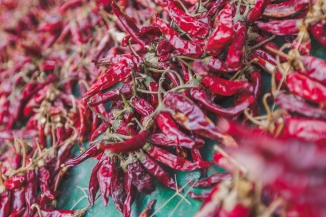 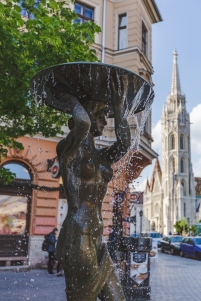 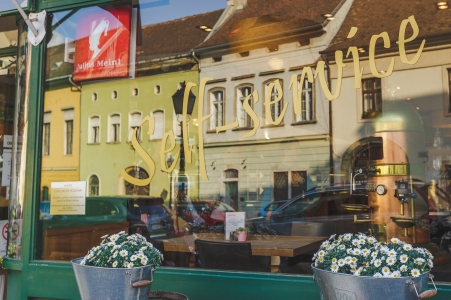 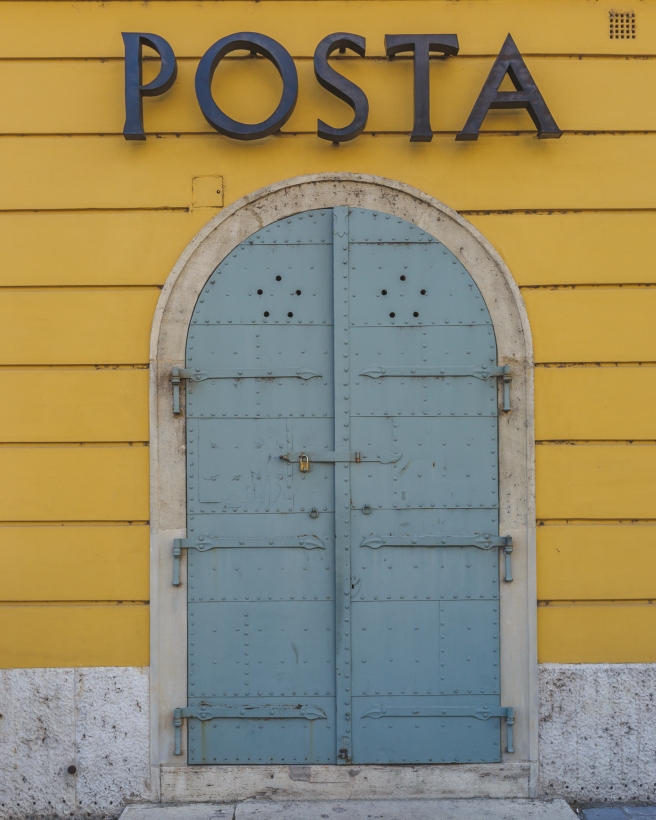 The rest of the time was just spent wandering around taking in the vibes, 41km’s to be exact but who’s counting. 💗 you Budapest it was a blast